I wanted to make a post comparing the new episode titles to those originally released and speculate a little bit about what the new titles might mean for the over all story. As we can see the only names unchanged are Madmax and The Pollywog, although the Pollywog has been moved up 3 places. 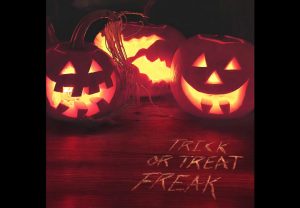 This makes sense based on what we’ve seen in the trailers. We see that Dustin finds the Pollywog on Halloween night and because Episode 2 (Trick or Treat Freak) is clearly on Halloween, it’s very clear to me that Dustin is going to open the trash can, find the pollywog in the trashcan before the end credits roll, leading us directly into the Pollywog episode, this is the same kind of structure shown in season one, when the boys find Eleven in the woods at the end of Episode one, leading to the Weirdo on Maples Street in Episode 2. It also occurred with the body found in the quarry at the end of Episode 3(Holly Jolly) leading to Episode 4(The Body) dealing with the body.  Realizing this season one story structure and the apparent continuation of in Season 2, we can expect many of these kinds of cliffhanger episode endings hinting at the topics of the following episodes. I actually have to give the Duffer Brothers a ton of credit here, these titles are still incredibly vague, so the story could go anywhere and keeping the last 3 episode titles a secret until the day of the season 2 release is also an inspired choice. I’m gonna study those episode titles for a whole ten seconds before I click play on Episode one, haha.

We know that Will sees the Shadow Monster on Halloween, leading him to make the drawing hinted at again in the Will the Wise title card, so this must be the episode Will makes the sketch. 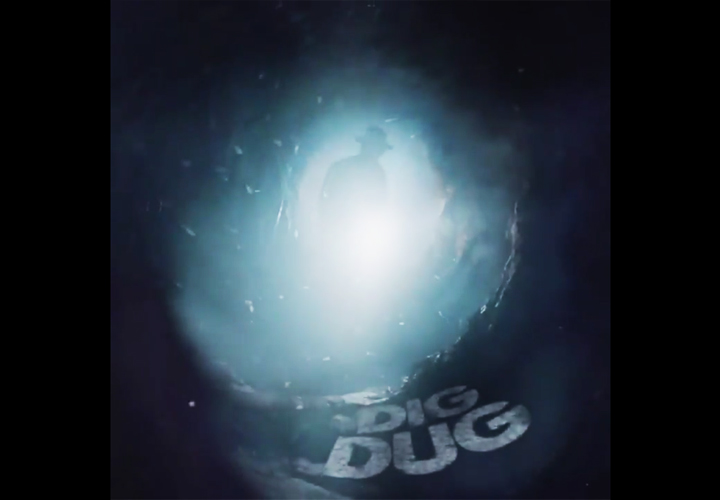 Dig Dug is obviously a direct reference to the iconic underground digging video game of the same name. Seeing as how shovels are so prominent in the Season 2 trailers, we can expect a lot of Dig Dug like activity. 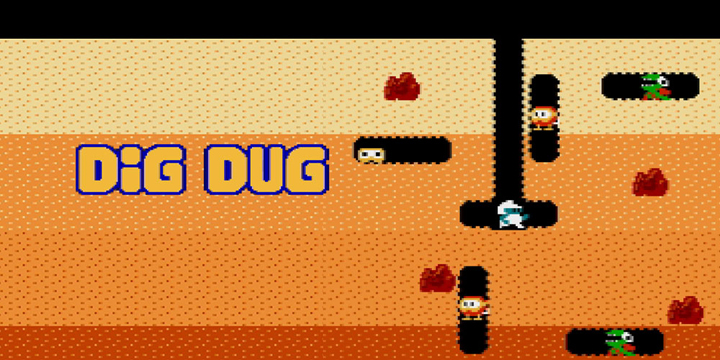 Now this title card shows Hopper in the underground burrow, obviously he didn’t dig out this whole tunnel so the fact that everyone seems to be using shovels at different times and different places means that everyone must be trying to gain access to these pre-existing tunnels directly below Hawkins, but these tunnels are full of the floating specs found everywhere in the upside down, so clearly these tunnels eventually connect to the upside down dimension, or this floating debris could just be a remnant of the Shadow Monster, kind of like a vapor trail behind a plane in the sky.

The Spy teaser shows what appears to be someone looking at Will through binocolors and then looking at the Palace arcade sign, to me the implication is that Will is the spy even though it seemed as though someone was spying on him. Could the spy be the conspiracy theorist that Nancy and Jonathan meet? I doubt it, that seems to occur a long way away from Hawkins because they likely get a motel room after meeting him. I did previously theorize that Will is going to be possessed and turn against his friends, so I think calling him a Spy is a good way to capture that idea. It does seem that Will could be entranced in that moment in the parking lot as he becomes transfixed on the Hydra, even though Mike seems to snap him out of it. It’s clear that the Palace episode we previously thought was episode 4 will occur at this time in Episode 6. But this leads us to the end of the confirmed episode titles, all we get for the final 3 episodes are just the generic placeholders.

The Demogorgon hand appearing is not an insignificant thing. The fact the hand did not slash through all 3 final episode titles in also important. The hand slashing through only the final two episode listings is an obvious hint that The Demogorgon will return, but only in those final two episodes, we don’t know if it’s the same Demogorgon from season one or another member of the Tulip-head species, but in storytelling, whenever possible it’s always good to have the same exact characters return, because then both sides have history with each other. The kids feel personally wronged by this particular Demogorgon and it’s likely the Demogorgon remembers the scents of these kids so it makes everything just a little more intense. A good example of this type of thing not working is in Jaws 2 and 3. 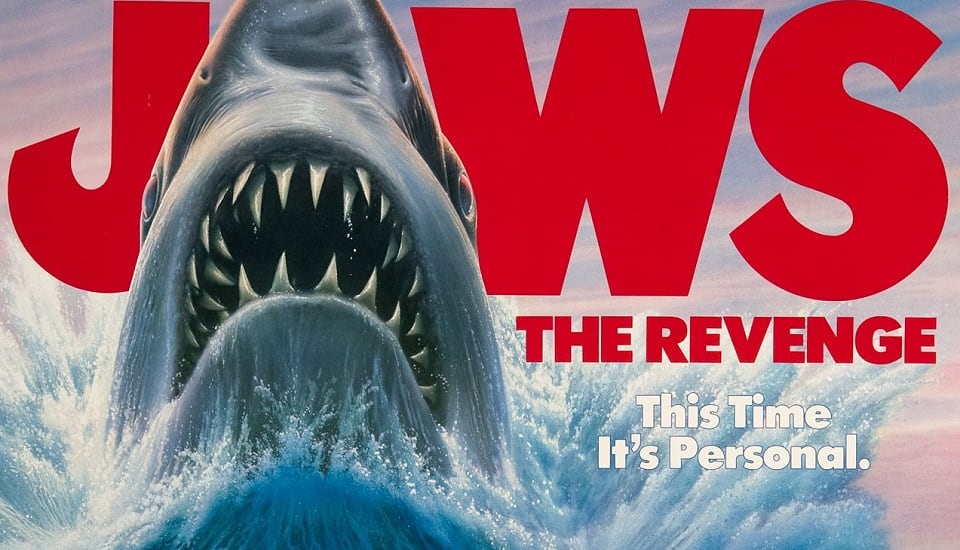 This Time It’s Personal? Spoiler for Jaws 1 here, the first shark dies, even if we want to believe sharks are capable of remembering people, holding grudges, and seeking revenge against former foes, the first shark died, so how could it want revenge? Jaws 2 would have made a lot more sense if the shark that shows up and starts attacking people was the same shark from the first movie, but it’s not, unless it was the ghost of the first shark, which however dumb that may seem could have actually been pretty cool if done right, good luck killing a ghost shark am I right? The point is, it wasn’t the same shark so it doesn’t really make sense for it to seek revenge for the death of the first, was it a relative of the first shark? Who knows? The shark isn’t gonna tell us. What’s really funny about this is the creators of Jaws realized how ridiculous it was to keep making Jaws movies after the first shark was died, but Jaws 1 was a huge hit and the studio wanted more money, so they were forced to make more of the same, so as the movies went on they just made less and less sense, in terms of why these things were actually happening. 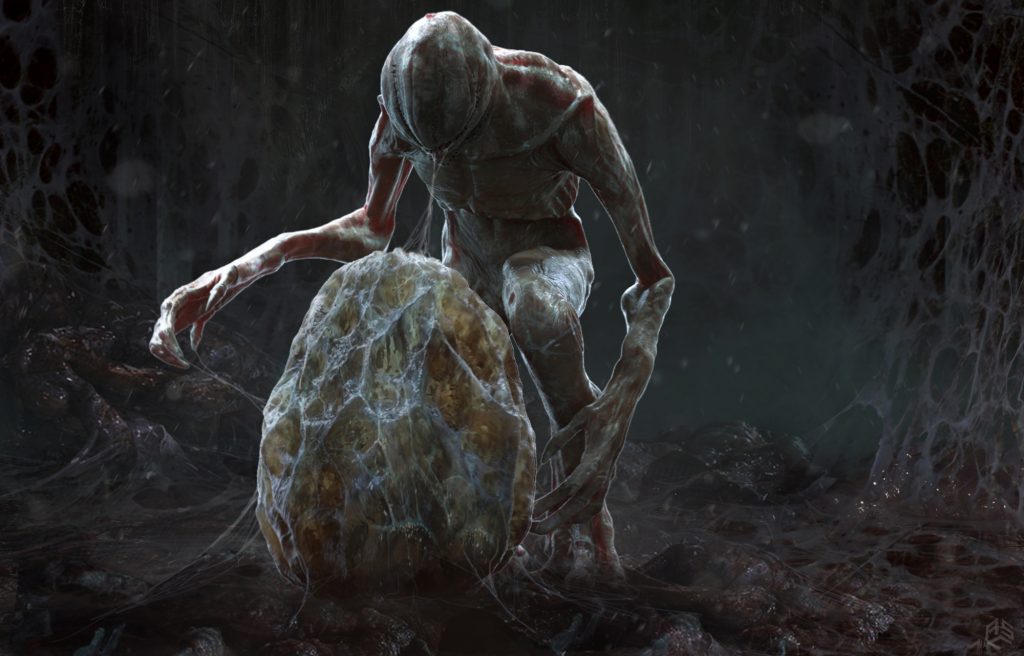 My point is, hopefully this is the exact same Demogorgon from season one and somehow it got a new body, maybe even a larger/heavier body, which was possibly hinted at in the FINAL trailer for Season 2 (Hopper: “It’s Not Like It Was Before, It’s Grown.”). If this is a reference to the Demogorgon it is clearly the same Demogorgon, but if it does return, I’d really like to learn how the creature got new skin after Eleven disintegrated its outer shell in season one. But is it possible Hopper only thought it was the same one, but it’s actually one of the Demogorgon’s offspring which escaped from that egg? 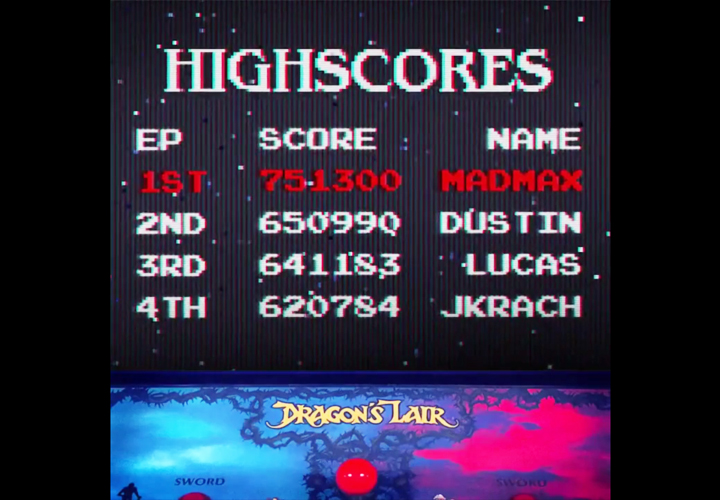 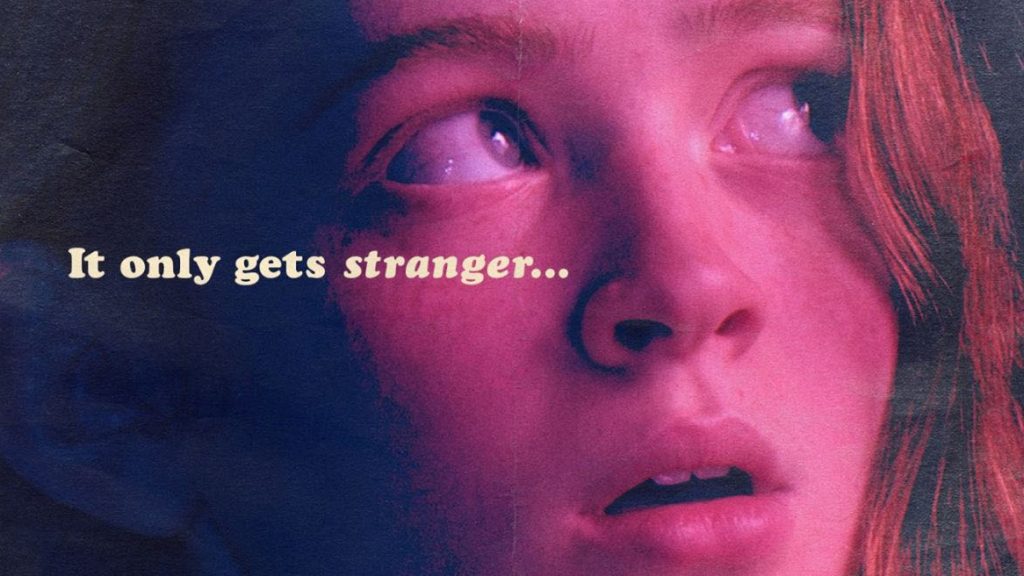 The Madmax episode is clearly focusing on the introduction of the new girl Max, she seems like she will fit in nicely with the other kids while everyone else is preoccupied, hopefully she knocks the role out of the park and is truly a worthy addition to the cast. I always get a little worried when they add new actors to a main cast that already worked pretty well. But besides providing a new love interest for Dustin and Lucas to fight over, I’ve read that Max’s character has a lot of trouble at home with her family, so it seems like this is a great basis for more compelling drama and it’s the Duffer Brothers after all so, I think we can rest assured her character will shine.

Somewhere in the final three episodes, likely the Demogorgon-free Episode 7, we will get an Eleven-focused episode. The Duffer Brothers were blown away by Millie Bobby Brown’s performance in season one and they wanted to give her more screen time in season two to allow Millie to show off her talents. For this to fit into the context of the show in a place that should be winding up for a big finale, I think the easiest way to accomplish this is if Eleven uses a lot of power at the end of episode 6 and passes out cold, justifying  a long flashback sequence in the following episode, which will show us what she’s been doing (likely hiding in a cabin) over the past year. Hopefully it flashes back even further than that, I want to see as much backstory as possible.

I really enjoy the flashback structure in season one of Stranger Things, lots of different characters have these moments where something jogs their memory and all of the sudden we’re in that memory with them, it’s a flawless flashback tool. It’s very smooth and subtle and I’m not sure anything else I’ve seen brings about flashbacks so seamlessly.

Then I would imagine that Episode 8 will begin with someone waking Eleven up the following morning with an icepack on her head because she hit her head when she passed or something (just like the Wizard of Oz). I don’t know for sure, I like their smooth flashback transitions so I would hope if this is the structure they employ that this episode-long flashback has a worthy setup and in/out transition.

So tell me, what do you think? Do you have a different interpretation of these episode titles? Let me know in the comments below.

Stranger Things Theory – Why Demogorgon Could Be Eleven’s Mom

THIS VIDEO CONTAINS SPOILERS! Why would the monster be calling out to Eleven? I believe that the mind of Eleven’s mother, Terry Ives, is the Demogorgon monster, longing to be reunited with her daughter. Come along with me as I dive into the depths of this theory. This is my most popular video and I’m […]

Why the New Ghostbusters Movie Will Suck

This was the first video I ever put on YouTube, it’s a long-form response to the first Ghostbusters’ trailer. I decided to never actually watch this movie because it looked like such a soulless cash-grab which only existed because Sony wanted to cash-in on the brand recognition of the Ghostbusters name. I’ve seen other reviews […]

First of all I just want to say that this movie had elements that were incredibly enjoyable, some moments were simply jaw-dropping, the Kamikaze Light Speed collision in particular was maybe the most original thing I’ve ever seen in a Star Wars movie, so it’s definitely not a bad movie overall. But some decisions were […]